Founded in 1966, the California State Commanders Veterans Council is recognized in state law as the collective voice for California’s major veterans service organizations. CSCVC supports veterans through advocacy efforts aimed at enhancing the rights, benefits, and well-being of California’s 1.6 million veterans and their dependents. Currently, 23 of the state’s leading veteran service organizations are represented on the Commanders’ Council.

The purpose of the California State Veterans Commanders Council shall be to promote the rights and benefits of veterans in the State of California. The Council may conduct advocacy efforts in the State Legislature in support of, or opposition to, proposed legislation concerning veterans’ rights, entitlements, and benefits. The Council may conduct similar advocacy efforts with the California Department of Veterans Affairs, the California Veterans Board, and similar state agencies, boards, and commissions, concerning veterans’ programs under the management of those agencies.

The Executive Committee of the CSCVC are the five officers annually elected by the membership to serve one-year terms. The Executive Committee is responsible for organizing and presiding over all CSCVC meetings; documenting meetings, records and tangible property; managing the Council’s finances; and tracking and giving recommendations on legislation related to the interests and well-being of state veterans. 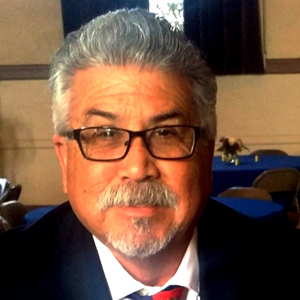 Frederick A. Romero is a United States Marine Corps Vietnam Veteran, E-5 serving 2 tours with the 1st Marine Bn Recon 1967 to 1969. He is the past State Commander of the American GI Forum of California 3years. Active member of the VFW, American Legion, Am Vets and the Vietnam Veterans of America. Established the Cesar E. Chavez AGIF Sacramento Chapter and is the current Commander. He had a successful career in Law enforcement as a SFPD recruiter, SF District Attorney criminal investigator, Member of the 1st Arson Task force SFFD, Senior Special Investigator California ABC. He is currently a licensed California Private Investigator and a professional Photographer. 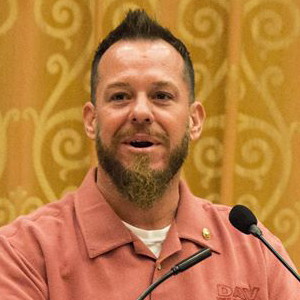 J.R. Served Honorably in the United States Army From 1990-1994 as part of the Military Intelligence Corps as a Non-communication interceptor/analyst (98J1P) and was Airborne Qualified. He attended Basic training at Ft. Jackson, SC, Advanced Individual Training (AIT)at the U.S. Army Military Intelligence (MI) School then located at Ft. Devens, MA. After AIT J.R. went to Ft. Benning, GA for Airborne Training. After graduation J.R. was stationed at Ft. Bragg, NC in 3rd Special Forces Group as the Headquarters Radar Intercept Analyst from 1991-1993. While stationed at Ft. Bragg JR became injured on an Airborne Jump in 1993, effectively ending his Airborne Career . Later that year he was transferred to Camp Hovey in S. Korea as part of the 102nd MI battalion where he served the remainder of his enlistment serving in the tactical elint intercept squad and the Battalion Command Sargent Majors Driver… unfortunately in 1994 J.R.  had to leave the Military due to the previous Knee injury.

He joined the Disabled American Veterans (D.A.V.)  in 1997 as a life member.  In January 1998, the D.A.V. invited J.R. to attend the D.A.V. academy in Denver, CO.  J.R. went on to serve as a National Service Officer (NSO) in the Roanoke, Virginia National Service Office.  He later served as the NSO office Supervisor in the DAV NSO Office in Reno, Nevada and in 2002 J.R. moved to San Diego, Ca as the NSO Office Supervisor for the DAV there until his retirement in 2004.

J.R. is also the founder of the Stand Down on the Delta a Homeless Veteran four-day event held at the Contra Costa County Fairgrounds in Antioch.  Bringing in over 350 veterans and their families for four days of much needed services like–Veterans Treatment Court, Medical, Dental, Housing, Educational assistance as well as a Fishing trip on our Delta Shores.

Currently J.R. serves the D.A.V. as , Dept. of CA DAV Legislative Director 2019- present, State Executive Committee Chair for District 3, Past Chapter Commander for Pittsburg. Ch. 154 (2015-17). Founder and President of the Delta Veterans Group (Stand Down on The Delta). Chairman of the Board of Directors for the United States Volunteer, and the current Legislative Officer for the California State Commanders Veterans Council. He is also a life member of the Antioch VFW Post 6435 and serves as Commander 2021-Present. He is also a life member of the DAV, American Legion, and Amvets.  He also serves his community as a member of the Rotary, Mason’s, Kiwanis, Lions and Elk’s. 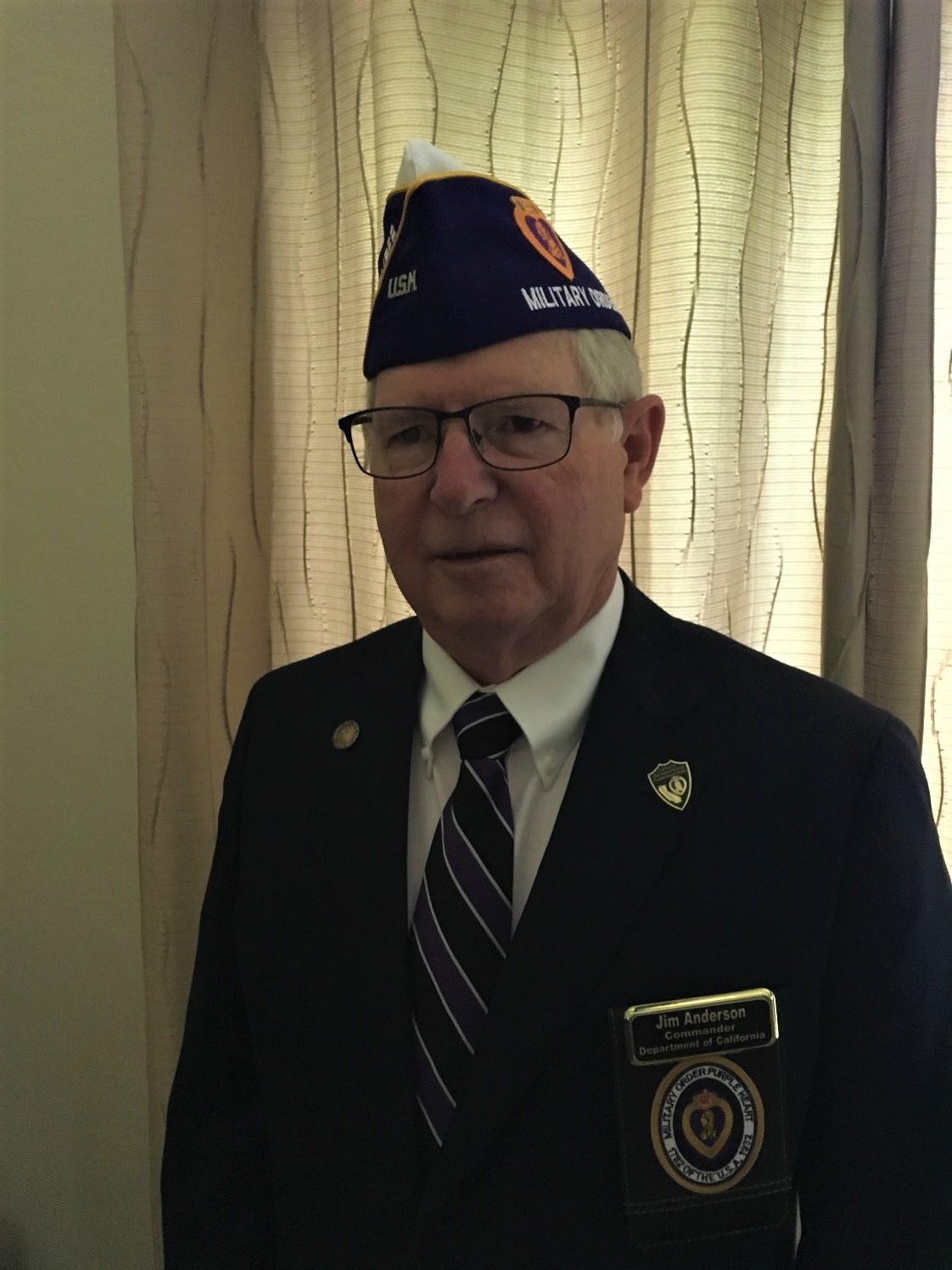 Jim Anderson has served on the California State Commanders Veterans Council since 2010 and was the Chair of the Council for three years. He represents the Military Order of the Purple Heart, Department of California. Within the MOPH he has been the Department Adjutant, Finance Officer, Commander and National Region Commander. He is again, currently the Department Finance Officer.  Anderson is also a member of the American Legion, DAV, and VVA.

Anderson currently acts as the current Vice Chair and Treasurer of the CSCVC.

Military service was from 1966 to 1970 with the US Navy as a Boatswain Mate obtaining the rate of E-5. Tour of duty was in or around Vietnam for three and a half years of my four-year active duty.  He did one year in country base station in Da Nang where he was dispatched to Cue Viet as a skipper of a patrol boat, patrolling the Cue Viet River. In August of 1968 he hit a mine sinking the boat but not losing any members of the crew.  The balance of his in-country tour was back in Da Nang patrolling the Da Nang harbor and river.

Jim Anderson currently resides with his wife of 52 years in Bakersfield. They have two daughters, three grandchildren and two great grandchildren. He retired in 2007 from having owned his own business within the automotive industry. 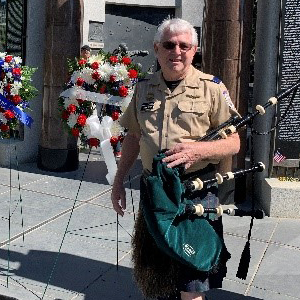 Two tours to Vietnam as a Navy Search and Rescue Pilot in the 60s.  Search and Rescue Officer for NAS Agana, Guam early 70s. Oregon National Guard in the late 70s. Served as the Battalion Photographer while learning the ins and outs of being a combat engineer. California National Guard in the 80s. AVLB Bridge Tanks and later Battalion Military Intelligence section sergeant. Joined the 91st Division Band in the 90s and learned to play the pipes. NCOIC of the pipeband from 1994 to 2000 then joined the 59th Army Band, California National Guard until July of 2005 when Chuck retired and joined the California State Military Reserve as a piper and liaison officer with the State Office of Emergency Services for when we deploy the National Guard for state emergencies like wild fires and floods. Chuck retired from CSMR December 2009 but continues to participate in veteran support activities with the Association of the US Army, Patriot Guard Riders, and Scottish American Military Society. Currently serves as the Secretary of the California State Commanders Veterans Council and member of several other veteran organizations.